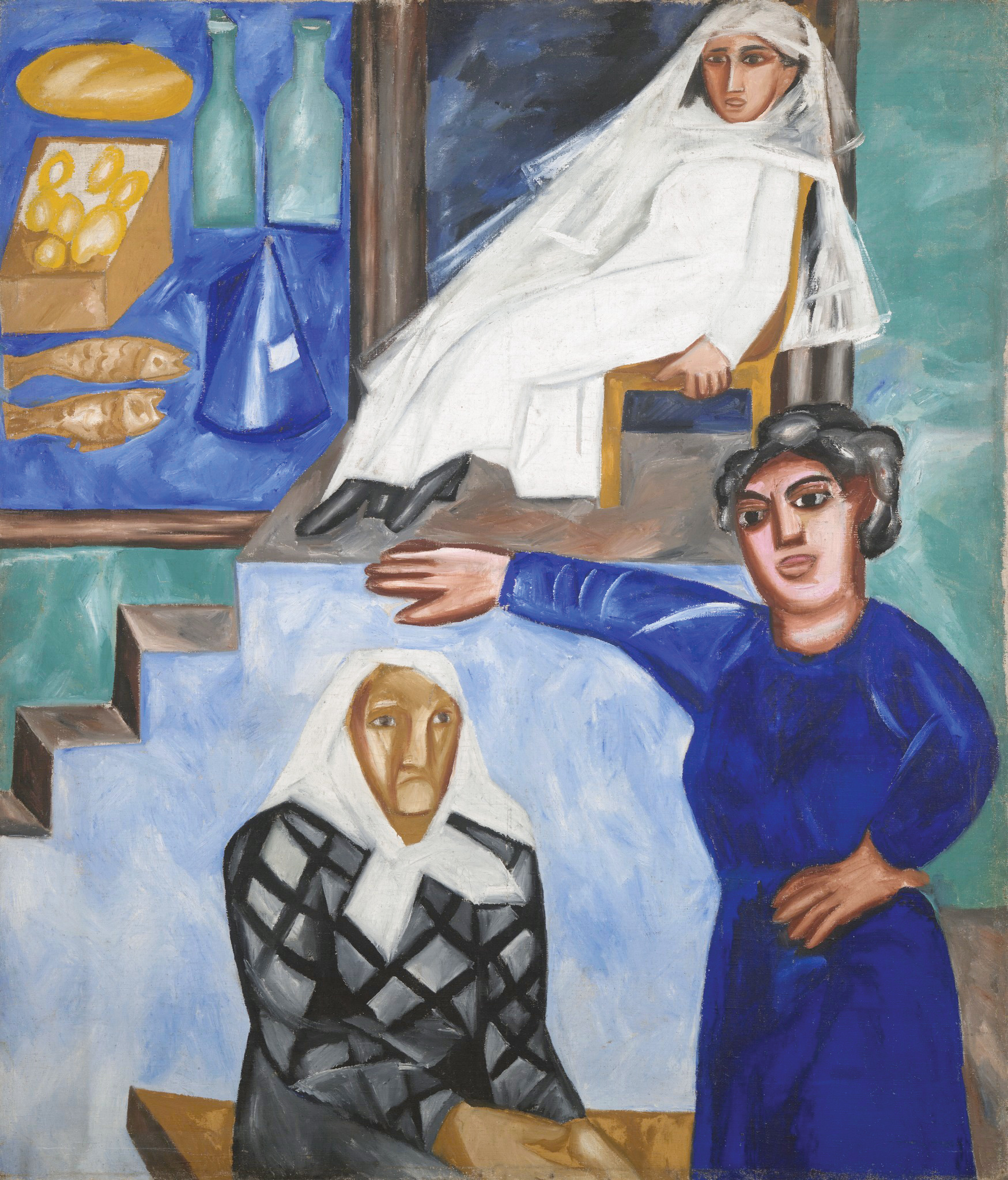 Marina Tsvetaeva’s essay about Goncharova helps to understand the painting Jewish Women. It mentions the poet’s impression of her first trip to the south: “Dry south, not maritime but pre- maritime. Steppe. Dniester. Bakhchi. Fragrant herbs. Sage, wormwood, thyme”. In the mind of the artist, who was also in love with the Crimean steppe, that world “gave birth” to the characters that appear in the painting Jewish Women: “Types of Jews so unlike ours, more Spanish looking. I recognised them later when looking at my Spanish women”. The painting has is a hint of a genre scene. The showcase of a small Jewish shop, where a sugar loaf head, pastries, fish and oil bottles stand next to each other, is a background for three female ages, three incarnations. The most fragile one, seated on a chair in front of the shop, is a bride wrapped in white. The other two figures “project” her future life: a mature, robust, beautiful woman and an old woman with a face that seems to be carved out of wood. The painting has come a long and difficult way, like the artist’s life itself and our country’s history. In 1915, Natalia Goncharova and Mikhail Larionov, her husband, friend and associate at work, were invited by Sergei Diaghilev and Igor Stravinsky to Switzerland to work on the Ballets Russes. Leaving Russia, they did not imagine they would stay abroad forever. Later, their friends sent them to Paris everything that had been created during the “Russian period”. After the artists passed away, their very rich legacy was returned to Moscow according to their will and through the efforts of A.K. Tomilina-Larionova, Mikhail Larionov’s second wife. 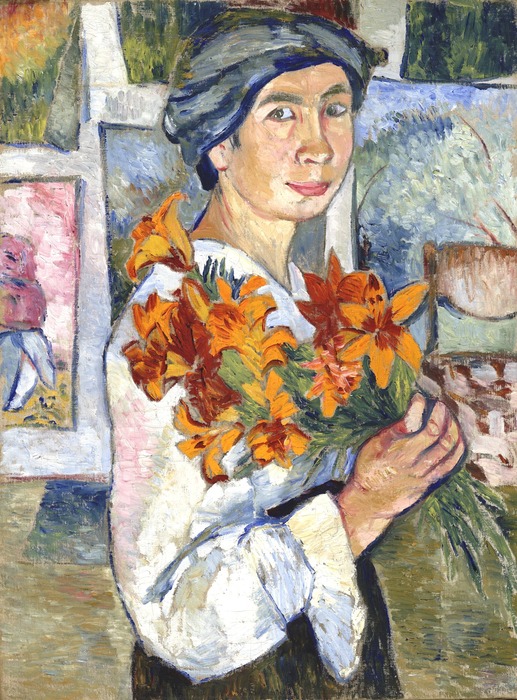 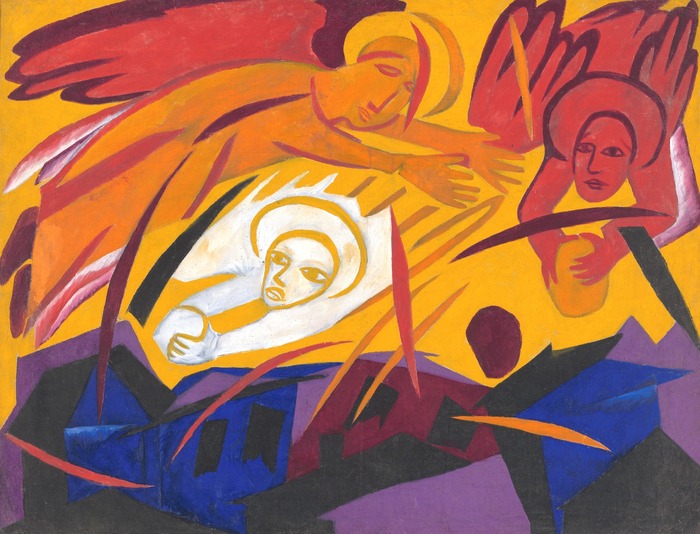 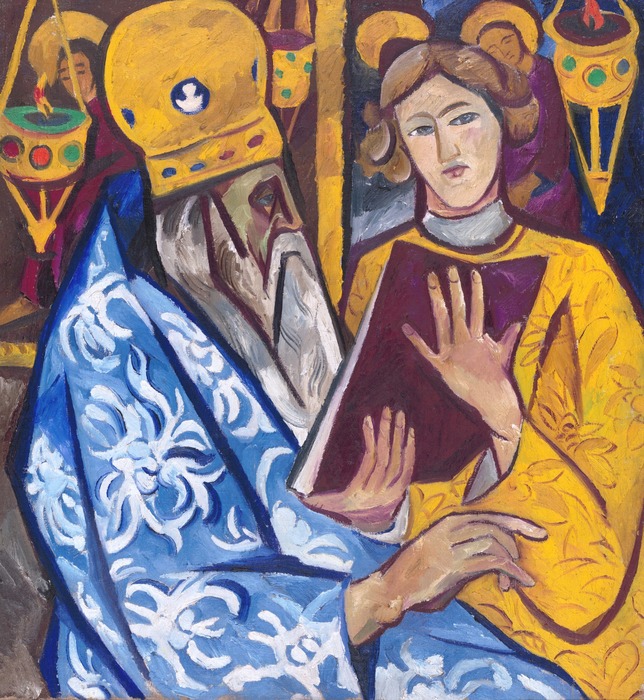 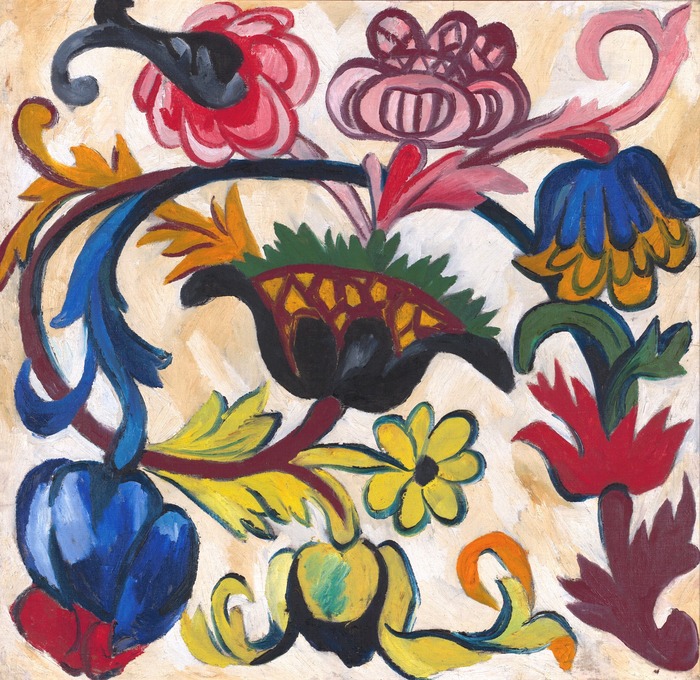 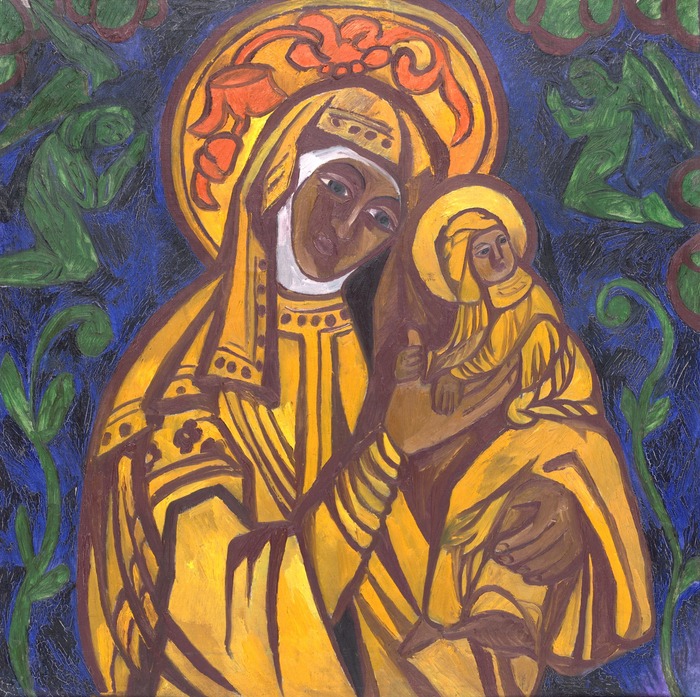 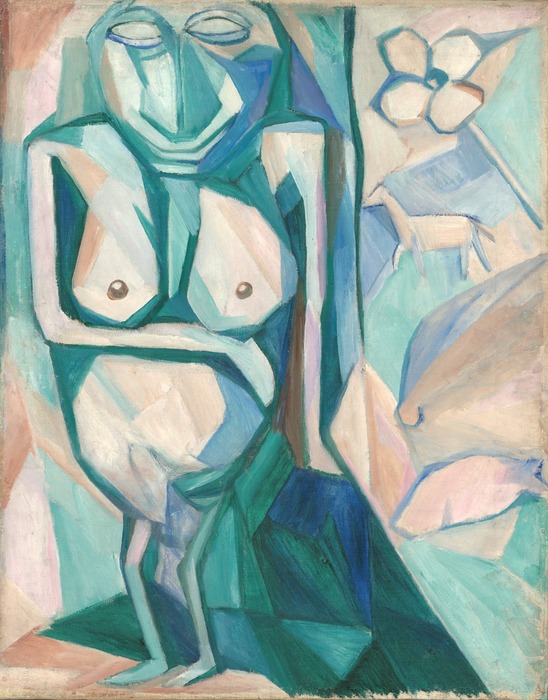 Goncharova Nataliya Sergeyevna
Two Spanish Women with a Dog. Between 1922 and 1928 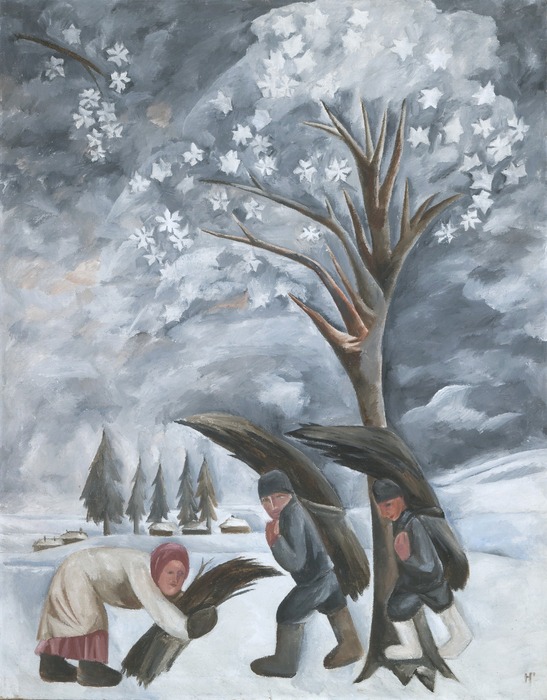 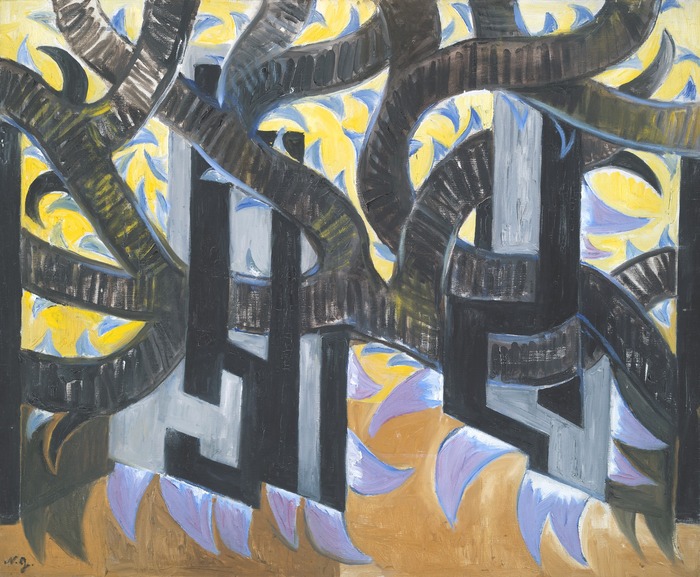