The Tretyakov Gallery houses an exclusive collection of graphics by Alexander Andreyevich Ivanov (1806‒1858). The collection includes more than 700 independent sheets and approximately 40 albums, and this amplitude has enabled several consecutive expositions, each being a mini-exhibition. The first of them, “The Annunciation”, opens the graphic cycle “Biblical Sketches” that was the artist’s focus during the last decade of his life (from the late 1840s to early 1858).

According to A. A. Ivanov’s concept, the sketches were intended for wall paintings “in a specially dedicated building, and certainly not in a church”. The Gospel theme (“the life and works of Christ”) was to be encompassed by the Old Testament, historical and mythological scenes, as well as Biblical texts. The compositions of the paintings formed a complex design (a system of parallels, interconnections and comparisons).

The murals were intended for the artistic ensemble of the “Temple of Art” (or the “Temple of Philosophy”) that could be attributed to Romantic utopias. Ivanov did not finish this work, and this incompleteness partly reveals the grandeur of his plan, and its uniqueness both in the interpretation of Biblical texts and in the style of watercolor compositions.

While working on the cycle, Ivanov did not yet have a clear idea of either the architecture or the interior of the building in which the paintings could be implemented. Only one sheet in the album, “The Portico of a Doric Temple”, speaks of the likely appearance of a future structure. This drawing was made by the artist’s brother, the architect Sergei Ivanov; it may be the design of a façade. Therefore, the compositions of wall paintings created by Alexander Ivanov were conceived by him as planes in a generalized space and they failed to fit into specific architectural forms.

Ivanov expressed his artistic and philosophical searches in the “Biblical Sketches” that were associated with questions the artist found most important (of an artist’s mission, of the role of art and its impact on the moral and spiritual transformation of the world).

The first exhibition of the cycle includes works on the Gospel stories dealing with the miraculous signs and events associated with the birth of John the Baptist and the birth and childhood of Jesus Christ. The main scenes of the Gospel story were to be placed in the central parts of individual walls of a building. It was planned to place around these large compositions numerous stories of the Old Testament that told of the wonderful presentations and prophecies about the forthcoming Messiah. These stories have traditionally been interpreted as semantic parallels to the Gospel events.

When Ivanov was thinking over the first paintings on the themes of the Annunciation and the Nativity of Christ, he intended to include in them in the side areas scenes from ancient history and ancient myths with comparable meanings. However, mythological themes were not used in the watercolor sketches and remained only as sketches in sheets with general compositions of the wall paintings. It is known from the artist’s notes that he tried to avoid “tempting” or “comic scenes” so as not to disturb the deeply serious tone of the visual narrative in the future temple.

The watercolor sketches were beyond the conventional stylistic norms in art of the time, as they were created with exceptional creative freedom, using bold and original artistic techniques. These small preparatory works have an independent aesthetic value as masterpieces of watercolor painting.

The unique graphic cycle “Biblical Sketches” exhibited in close proximity to paintings, expands the understanding of Alexander Ivanov’s creative path and fosters the perception of the artist’s true scale. 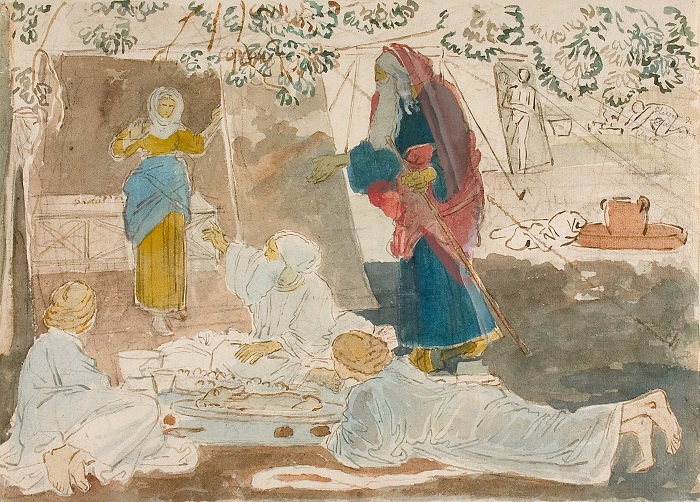 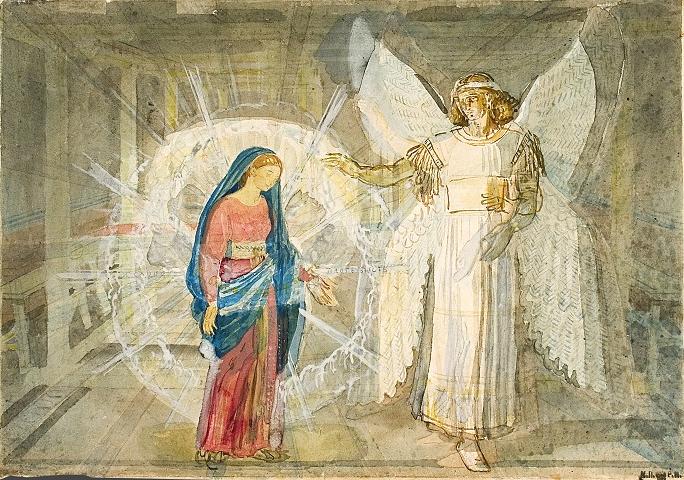 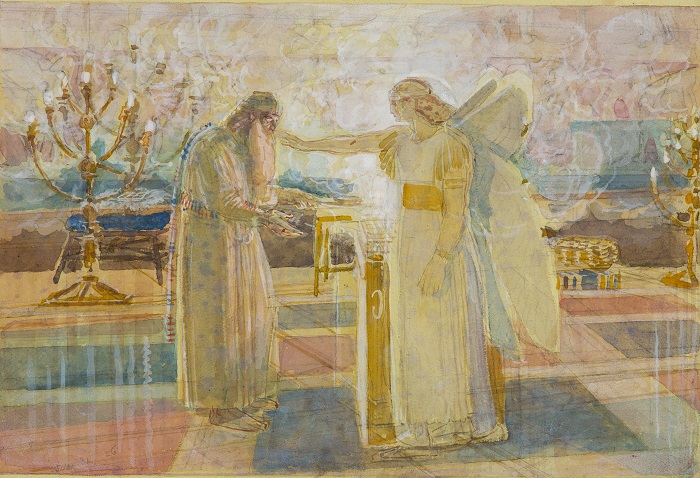