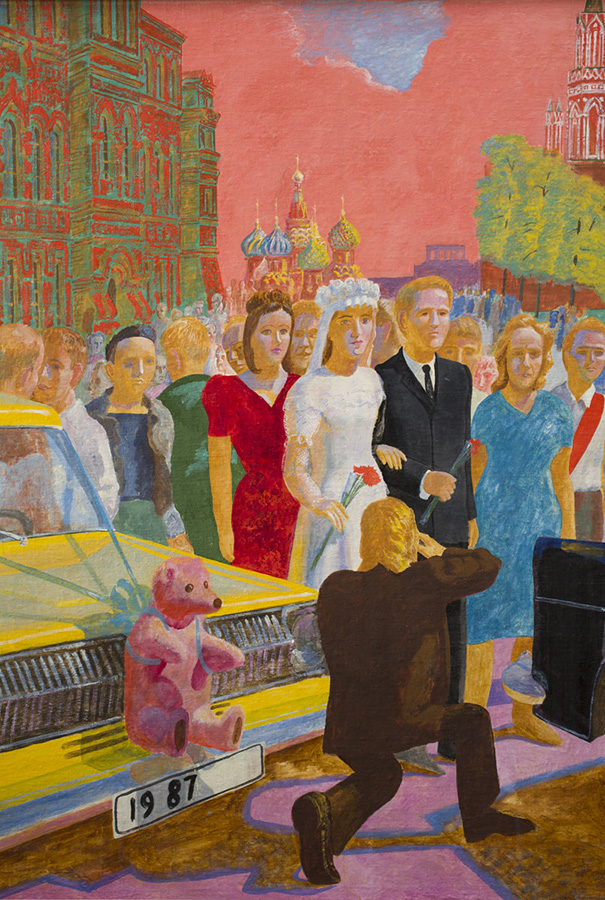 The name of Ivan Valentinovich Nikolaev (born in 1940) stands apart in the Soviet art of the second half of the 20th century — both in the official and unofficial ones.


After graduating from the department of monumental and decorative painting of the Stroganov School, in the late 1960s, he created one of the first installations in Russian art — The Death of Popkov (1978) — using the techniques of animation, comics and scenography. A representative of the famous artistic dynasty of the Benois-Lanceray-Serebriakov-Nikolaev, the artist is best known for his monumental works and works for the Moscow Metro — his compositions adorn the stations Borovitskaya, Otradnoe and Dostoevskaya. The exhibition presents mainly his works of the 1970s – 1980s. Nikolaev is interested in the urban space and its characters, mythology and rituals — weddings, funerals, meetings in parks.