“Dreams of Freedom. Romanticism in Russia and Germany” is the largest international exhibition project on this subject in the history of the State Tretyakov Gallery. It has been developed in cooperation with the Staatliche Kunstsammlungen Dresden (Dresden State Art Collections). This is the first comprehensive attempt to compare on a single platform the art of Romanticism in Russia and Germany.

V. A. Zhukovsky, a Russian poet, and the German painter C. D. Friedrich (whose paintings adorned the Imperial family’s private chambers) were connected through their years of friendship. The artist became recognized primarily for his philosophical landscapes (“landscapes as reflections of the soul” that embodied his philosophical comprehension of the world). Alexander Ivanov, another hero of the exhibition and a brilliant Russian painter, throughout his life attempted to create a new language for religious art. He sought to express through it a deep immersion and penetration into the essence of the Gospel story.

More than 300 works of art, including approximately 200 paintings, supplemented by archival materials and unique exhibits from dozens of German and Russian collections, will develop this art movement in all its versatility, and mark points of convergence and difference.

The era of Romanticism determines a new stage in the development of art and is associated with the search for spiritual and creative freedom, as many researchers assess this period as a starting point for the formation of the modern worldview. This interpretation enabled the curators to give an unexpected slant to the entire concept of the exhibition, and through the expansion of the traditional chronological parameters a dialogue emerges between the canvases of 19th century masters and the projects of artists who have embodied the impulse of Romanticism with particular vividness. The works by Guido van der Werve, James Turrell, Nikolai Polissky, Hiroshi Sugimoto, Andrey Kuzkin, Susan Philipsz, and Wolfgang Tillmans will help viewers see Romanticism through the eyes of 21st century individuals and better understand the uniqueness of this phenomenon, its timeless nature.

The exposition itself has become a special element and a separate stage in the work on the upcoming exhibition; Daniel Libeskind (a world-acclaimed architect) proposed an original architectural solution.

The project includes two installations, one to be displayed in Moscow and the other in Dresden. A series of educational activities, film screenings, lectures, concerts, as well as an international scientific conference will be linked to the exhibition.

The project takes place within the Year of Germany in Russia 2020–2021 and was made possible by the Federal Foreign Office of the Federal Republic of Germany. It is under the patronage of the Ministry of Foreign Affairs of the Russian Federation.

The color of the walls of the exhibition - MANDERS 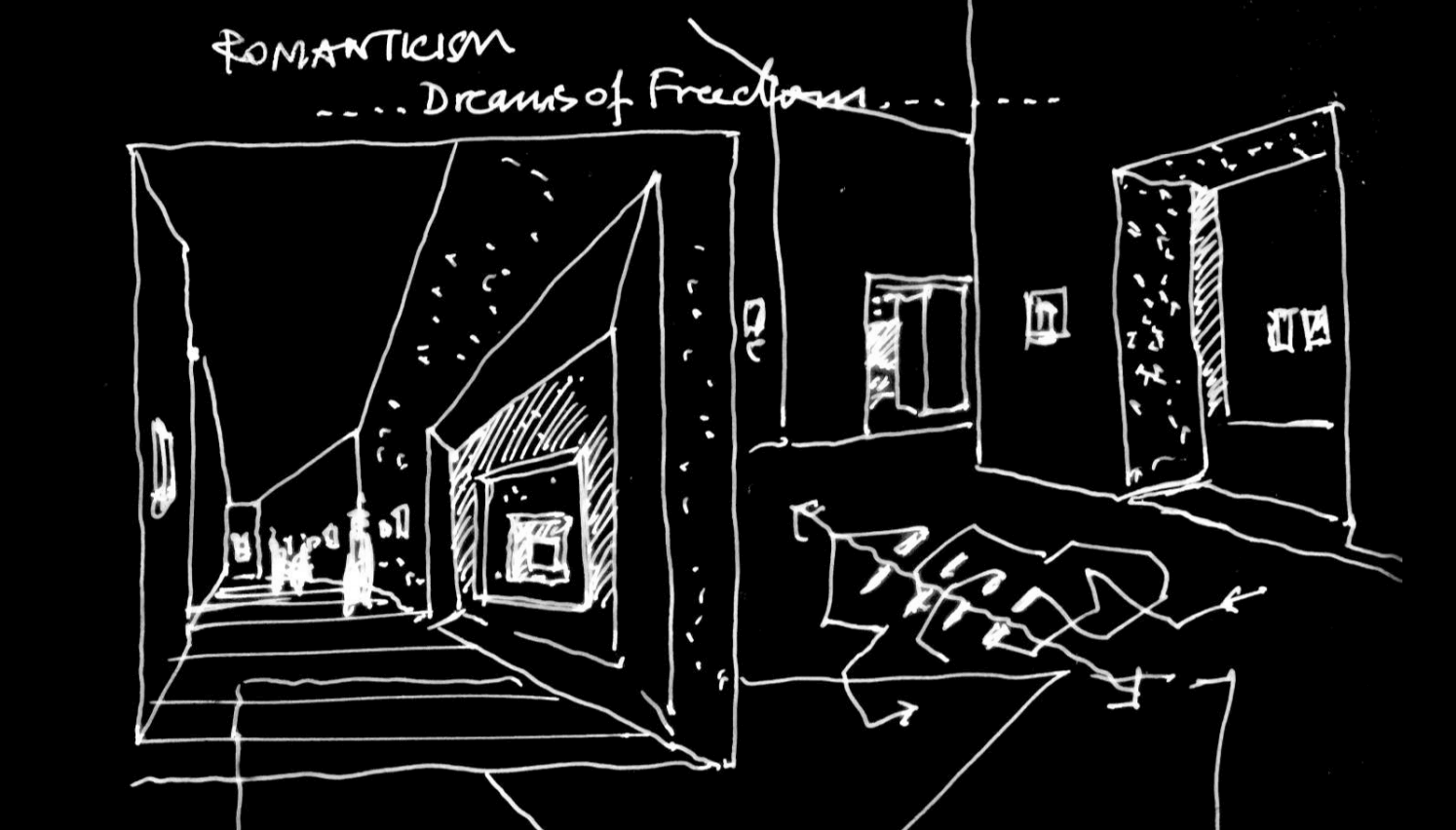