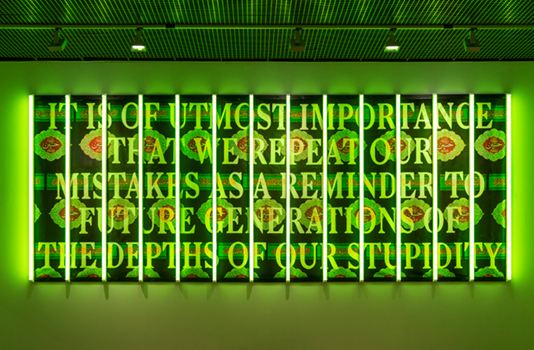 The Foundation for Art and Culture (Bonn) and the State Tretyakov Gallery announce a mobile group exhibition Diversity/Unity. Contemporary European Art. Moscow. Berlin. Paris. The Tretyakov Gallery will host the first exhibition of works by European artists, and later the exposition will move first to Berlin and then to Paris (2021).

The exhibition will demonstrate the scope and diversity of European culture and will draw attention to the issues of European unity in times of political instability. The exhibition explores contemporary European art formed after the fall of the Iron Curtain and emphasizes the importance of intercultural dialogue today.

The large-scale project addresses issues of freedom, dignity, democracy and respect, and demonstrates the artistic life of the Continent in the context of historically significant and relevant topics, including political and personal identity, migration, the (intellectual) landscape, gender and equality issues, nationality, territory, geopolitics and social conflicts.