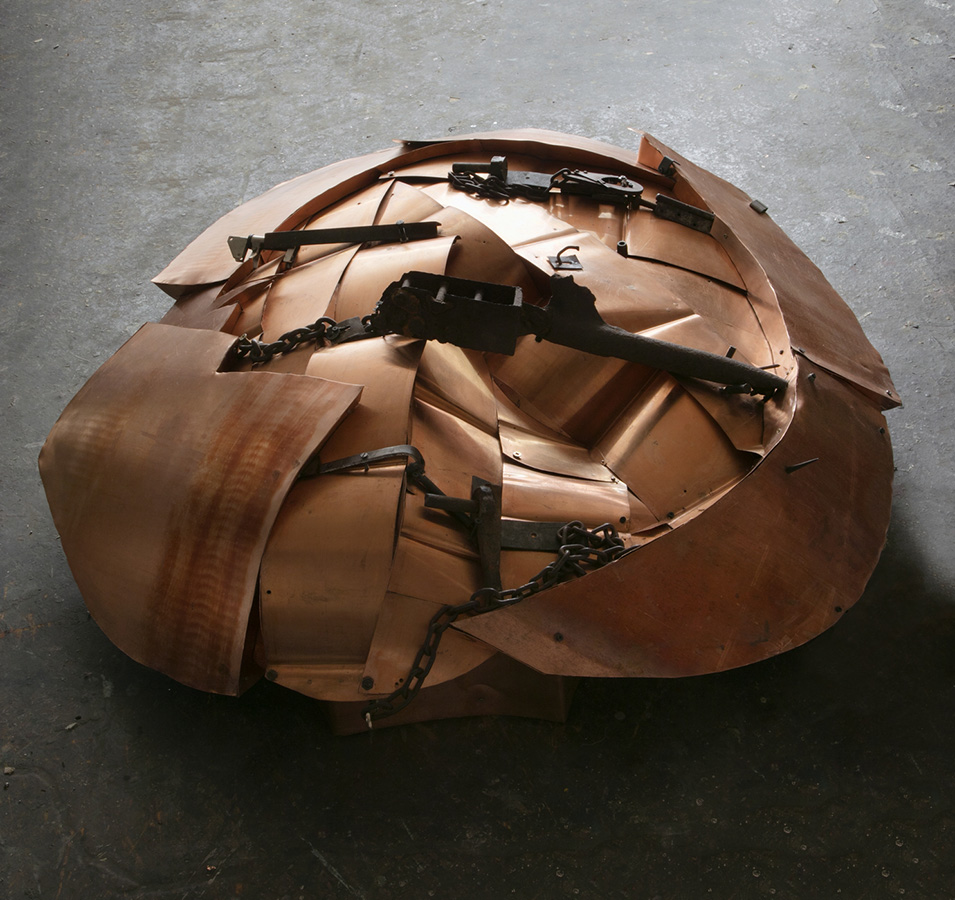 Turnova is a participant of more than 200 group international and domestic exhibitions, including exhibitions in the Tretyakov Gallery, the Russian Museum, the Moscow Museum of Modern Art, the International Biennial of Sculpture in Fellbach, and Biennale of Graphics in Kaliningrad.

The idea of “Silent” is to reveal the struggle of a human with his inner self, his passions, which are usually hidden behind the exterior quietness and prosperity. According to the artist, a person can understand what he is being controlled by only after being absorbed in silence and seeking insight of one’s heart, and therefore try to deal with the passions that overtake him.

The project is based on two series of works. The one giving the name to the whole project consists of 7 sculptural objects made of metal, and the second is called “Passions”, it consists of 14 paintings.