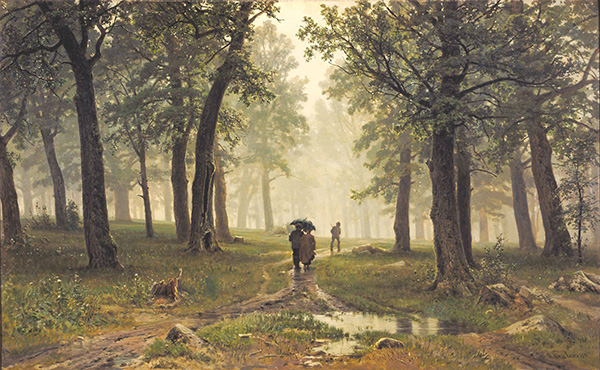 An exhibition called Romantic Russia has opened in Bunkamura The Museum in Tokyo. The public can see famous works of Russian masters of the second half of the 19th - early 20th centuries from the collection of the State Tretyakov Gallery.


Among them are the paintings by Ivan Kramskoi Portrait of an Unknown Woman and Moonlit Night, the works by Ivan Shishkin Midday. Countryside near Moscow and Rain in an Oak Forest.

“And this exhibition is designed to complement the image of Russia that arises when one listens to and reads the works of Russian composers and writers. It is an image, poetics, soul, customs, and even humour of the Russian people,” said Zelfira Tregulova, director of the Tretyakov Gallery.

Starting in Tokyo, the exhibition will go on a tour of Japan: Okayama, Yamagata and Ehime.

More about the exhibition