About
EN
Tickets
Online Store
Vadim Kosmatschof work addresses universal values of harmony, balance, dynamics and force, and has evolved from rigid industrial modernism to an understanding of sculpture as a living organic form.

By interacting with both the urban landscape and elements of nature, his creations open a new perspective on the role of sculpture in the 21st century.

The exhibition at the New Tretyakov Gallery will be the first major solo show of Vadim Kosmatschof in Russia.

The artist, who emigrated from the Soviet Union in 1979, made his reputation with a series of pioneering works in industrial porcelain before becoming one of the main proponents of Modernism in Soviet Monumental Art. Producing metal sculptures of unprecedented size and freedom, Kosmatschof’s aim was always to overcome the static character of traditional sculpture. Over the years, he created more than 40 large-scaled sculptures for public spaces in Germany, Austria, Russia and the United States. In his recent projects he is focusing on the mutual influence between art and science, and exploring the notion of ‘breathing forms’ and ‘solar sculptures’ that move through exposure to sunlight.

The display of over 60 works will cover all periods and aspects of the artist’s creative output – ranging from porcelain works, metal reliefs, paintings, graphics, interior sculptures, models of public art objects and sculptures, original layout, photo and video materials.

The exhibition is organized chronologically in two parts, Retrospective and Perspective; spread over two floors of the New Tretyakov Gallery. Exemplary of Kosmatschof’s early work is the landmark 65-foot abstract sculpture Konstrukta, installed in front of the Turkmenistan State Library in Ashkhabad in 1975. In the exhibition original mock-ups, a video, and a series of photographs of its installation will be on view. Furthermore a number of large-scale German commissions are featured in a film by Andreas Waldschütz that explores the integration of Kosmatschof’s sculptures into urban and rural environments.

Highlights of the section showing Kosmatschof’s recent projects in Austria will be works such as Urban Heart, Four Cylinders, Breathing Form and Unfolding Square. By interacting with the viewer, environment

and surrounding architecture, the works steer sculpture on a new course. Incorporating the latest energy technology, they move according to changes in the weather or variations in sunlight – enabling us to feel the energies of the universe on a new, different level, and to feel ourselves an integral part of it.

Kirill Svetlyakov, curator of the exhibition and a senior researcher at the New Tretyakov Gallery, states that “Vadim Kosmatschof’s oeuvre is a discovery in the history of Russian and contemporary sculpture. His creations back in the time of the USSR were an alternative to traditional monuments associated with ideology. Kosmatschof’s contemporary works are interdisciplinary and combine different practices: industrial aesthetics from the 20th century and bioengineering, which stimulates techno-organic ideas in sculpture of ‚breathing forms“.

For Peter Noever, curator and designer, and director of MAK Vienna / Los Angeles from 1986 to 2011, “this exhibition is a bold and significant step, marking a new discovery of Vadim Kosmatschof’s work, which gained international recognition already. Therefore it’s time to represent his work in a large scale in Russia”.

“The exhibition of my work at the New Tretyakov Gallery symbolizes the return of my name to the field of Russian Culture – a sign both of fidelity to all participants in its unprecedented Avant-Garde scene, and of hope for the revival of its spirit of discovery “, says Vadim Kosmatschof.

Vadim Kosmatschof: “Breathing Sculpture“ will be accompanied by an extensive publication by TATLIN Publishers, covering all aspects and periods of the artist’s career. Released on the occasion of the exhibition the publication includes contributions by Kirill Svetlyakov, Georg Schoellhammer, Peter Noever, Markus Mittringer, Alexander Lavrentjev, Anna Māpolis and Vitaly Patsukov. 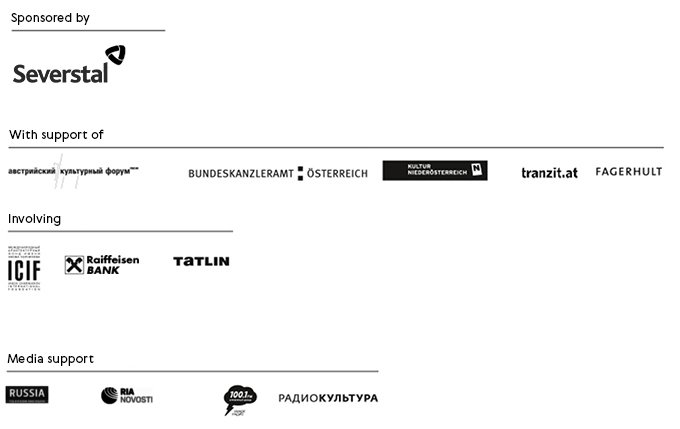 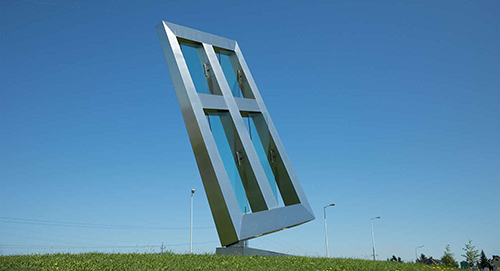